(Preemptive disclaimer: I ain’t science. Neither I nor the websites produced by a five minute googling are qualified to make medical decisions. I went and did it anyway, but you should probably consider talking to real professionals.) 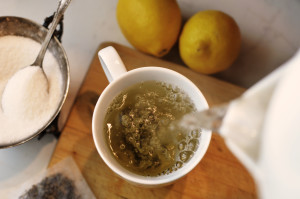 Holy shit, caffeine is a thing!

I’ve never been a coffee drinker. Possibly because my childhood experiences involved horrifically overboiled black coffee, drunk after coming in from the chill of winter rain. Eventually, I developed a strong aversion to it, which now sends me fleeing the room if anyone opens the can of grounds. I’ve also never been a fan of colas. I love tea, but I’ve discovered it gives me heartburn pretty quickly. I basically just drink water, carbonated when I can get it, very rarely flavored with sliced fruit.

That being said, I’ve started deliberately drinking more tea specifically to get some caffeine into my system.

In part, this is the product of finally getting around to reading this post by Alexandra Erin about the things she does to make sure working from home involves actually getting work done. She had some interesting points about caffeine, dopamine, and motivation, which sent me on a minor research spiral for more information.

In part, it’s also the product of April, a month in which I got almost nothing done due to a pervasive case of “what the hell is wrong with my body?” If it wasn’t the headaches and muscle pains, it was the lethargy and insomnia and joint pain. I’m too young for this shit. In the absence of access to meaningful health care, I needed to figure out how to counteract, at the very least, the chronic fatigue sapping my will to do anything but watch other people play video games on Youtube.

So I figured some experimentation was in order, starting with “What happens if Joyce starts drinking tea like she’s getting paid for it?”

Now, I’m going for green tea. Less caffeine, but particularly good for dopamine and L-theanine-related reasons. Considered generally good for human-types. Doesn’t really need to be sweetened. There’s not much by way of downsides here. (More on that later.) And it seems to be enough, because I can feel it hit my system.

Question: Is it really the tea/caffeine, or is it a placebo effect?
Answer: Hell if I care!

That’s not quite true. I want to know the truth too much to ignore the question entirely. But this is what I’m seeing: when I’m dragging, particularly in the afternoon, a large mug of tea takes the edge of the exhaustion. Normally, I would have almost no choice but to go nap, my tiredness is that pronounced. Moreover, when I sit down the write, I feel sharper, more ready to go, even in the morning. The words start flowing with less effort and keep going longer.

I do pay for anything more than one large mug with heartburn, as expected. There’s always a price to be paid, though. At the moment, this seems to be the cost of getting writing done without feeling like I’d rather feed myself to starving rats than work. The disparity between what I want to get done and what my body and brain can make happen seems to be getting smaller. For now, at least, that’s enough value to make the price worth it. We’ll see.