All book purchases include PDF, EPUB, and MOBI files as part of your download bundle. Whatever device you use to read, however many devices, one purchase from my shop gives you the options you need. 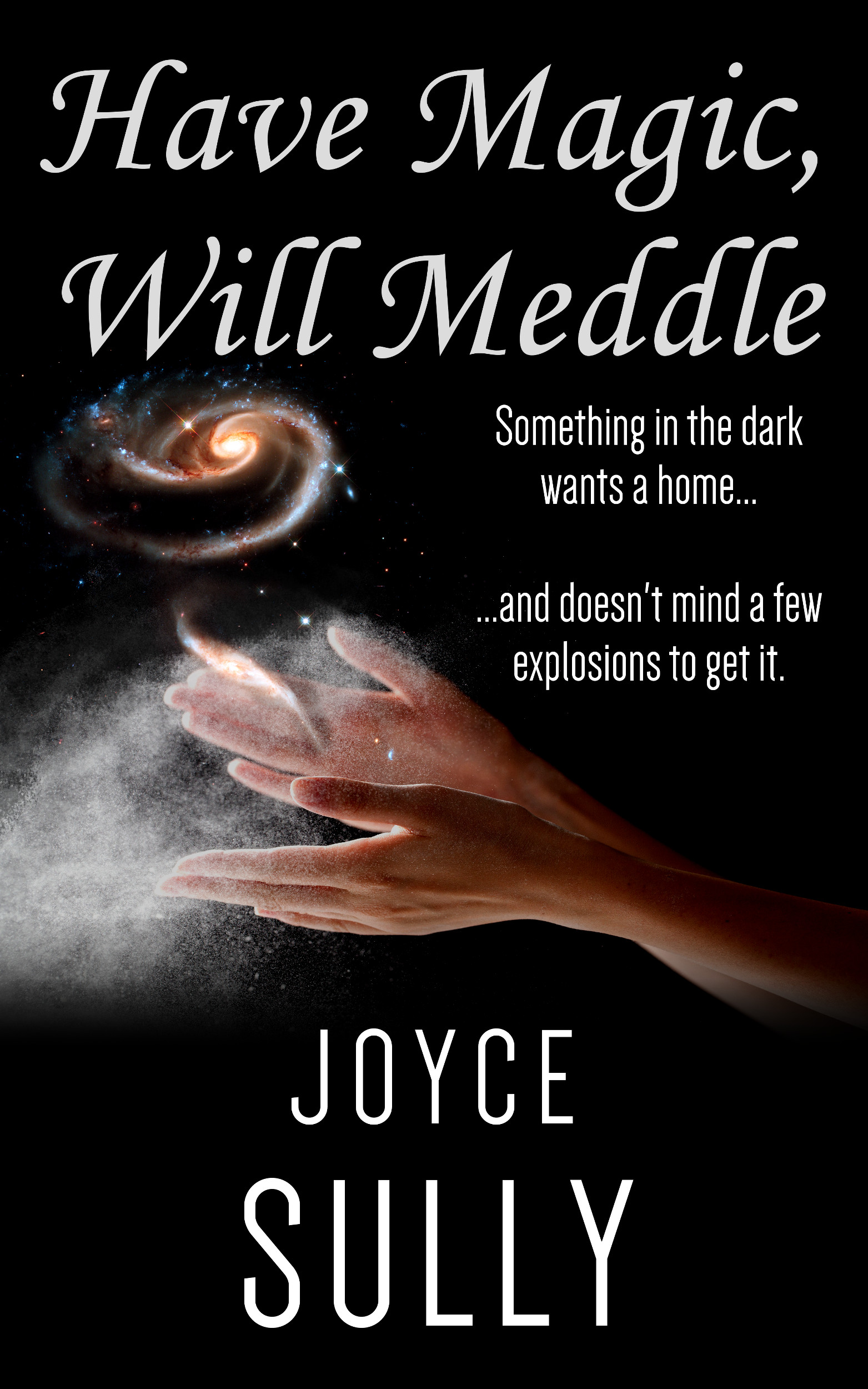 Have Magic, Will Meddle
Aisha, freelance witch, certainly doesn't have any work to keep her busy lately. That specter has cast a pall over her normally cheery, if unpredictable, life. The offer of a potluck and a new friend couldn't come at a better time. Meeting Ben's art buddy could be just the distraction she needs. By dessert, Aisha thinks she might make it through this with no intrusive thoughts and only minimal babbling on her part.

It's all fun and mug cakes until the microwave explodes, turning the kitchen into a battlefield. Something more than packing boxes has started lurking in the corners of the apartment. Something dark just moved in the periphery of Aisha's vision. Something plans to drive them out and steal a home for itself. And whether this is a paying gig or not, stopping it is going to keep Aisha very busy.

HAVE MAGIC, WILL MEDDLE is a One Afternoon Adventure, running about 6000 words, and the second story in the Witch For Hire series.

Trigger Warnings for Have Magic, Will Meddle (What's This?)
Price: $0.99 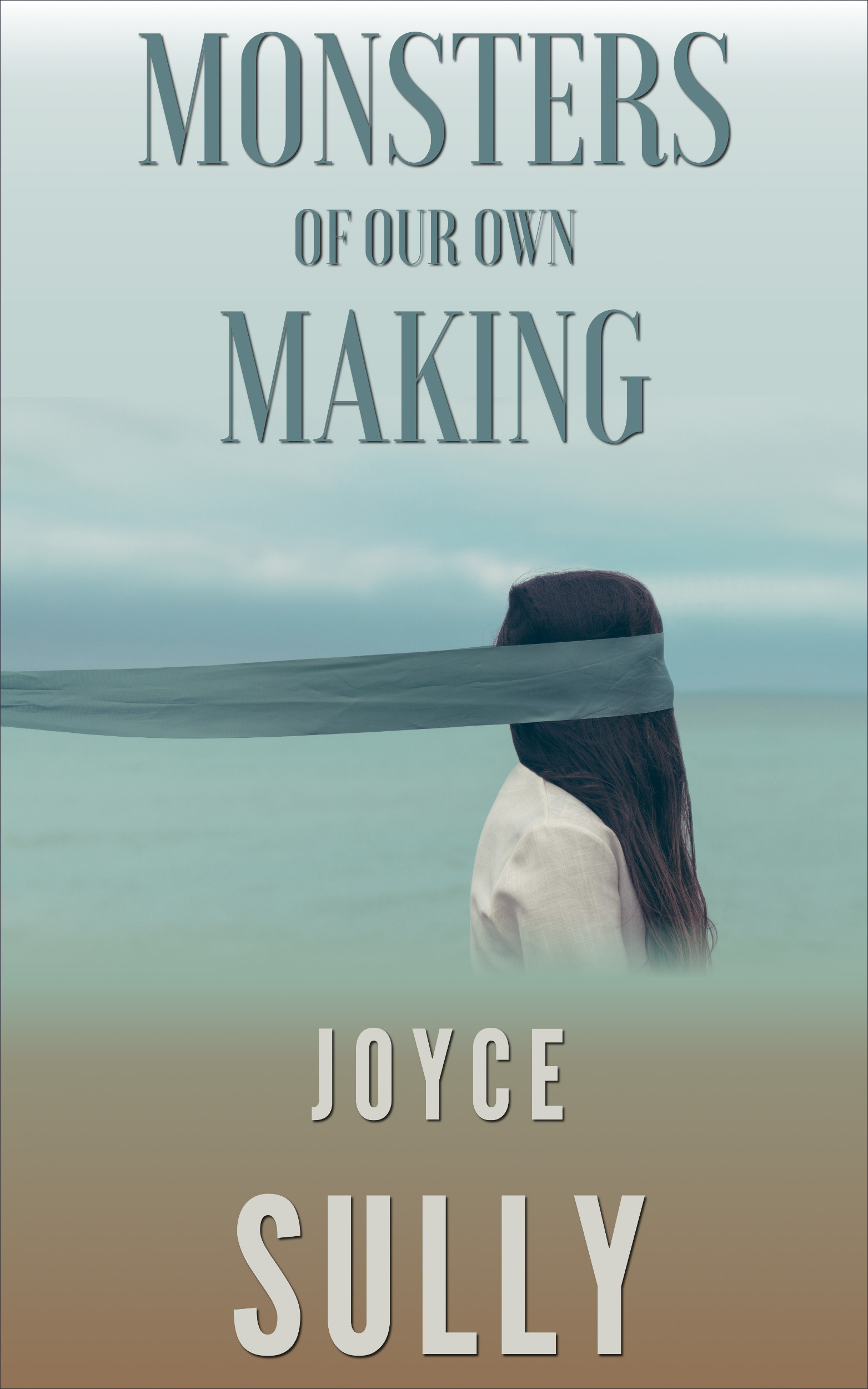 Monsters of Our Own Making
Darby-on-the-Sea has all the usual features of a small village: market days, a churning rumor mill, a few local celebrities, a monster-haunted rock out in the bay. What it doesn't have is much use for outsiders. Then Minna stumbles into town, groping toward the possibility of a friendly voice and shelter. Blindfolded, road-filthy, and still hiding from the misfortune that drove her from her home, Minna has no choice but to throw herself on their mercy.

Pinewood arrives just in time to save Minna from the help and grasping hands of the local cheat. Regarded as a hero, Pinewood has the villagers' awe, room to spare in their cottage, and origins more shrouded in mystery than Minna's own. Minna cannot resist Pinewood's kindness, but with a secret like hers, a hero may be the last thing Minna needs.

MONSTERS OF OUR OWN MAKING is a One Afternoon Adventure, running about 10,000 words.

Trigger Warnings for Monsters of Our Own Making (What's This?)
Price: $1.99 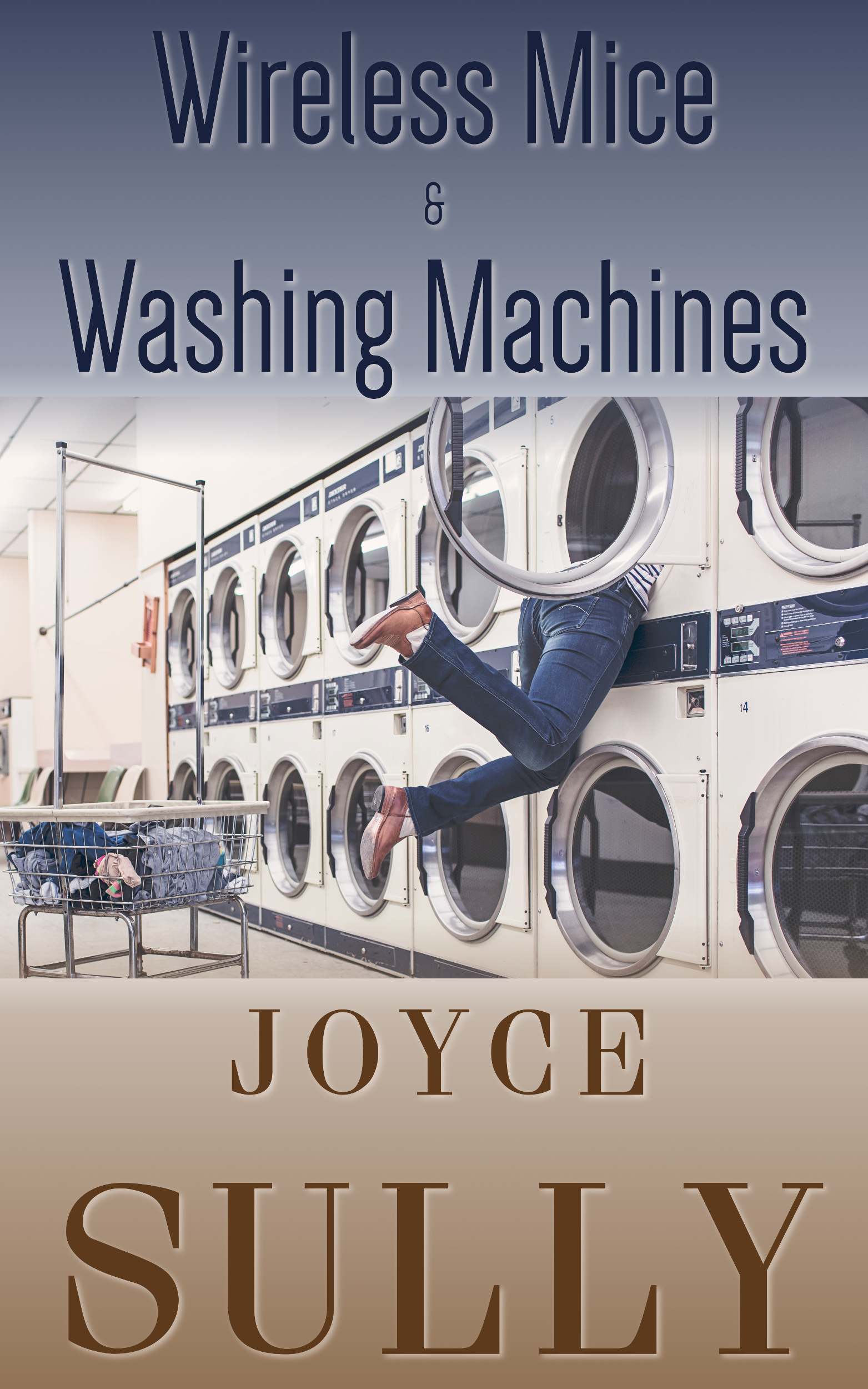 Wireless Mice & Washing Machines
After her familiar steals a neighbor's vacuum bot, a newly-moved witch stumbles into negotiations with a disgruntled laundry spirit and a chance to make the good first impression she needs.

Aisha would do just about anything--including staying up all night with her crystal ball--to find work as the neighborhood witch in her new town. When her cat brings a robotic mouse and opportunity to her door, Aisha will finally get her chance. But a washing machine with attitude will test her skills and her patience. Can she figure out its problem, impress a neighbor, and maybe make a friend?

WIRELESS MICE & WASHING MACHINES is a One Afternoon Adventure, running about 3500 words, and the first story in the Witch For Hire series. 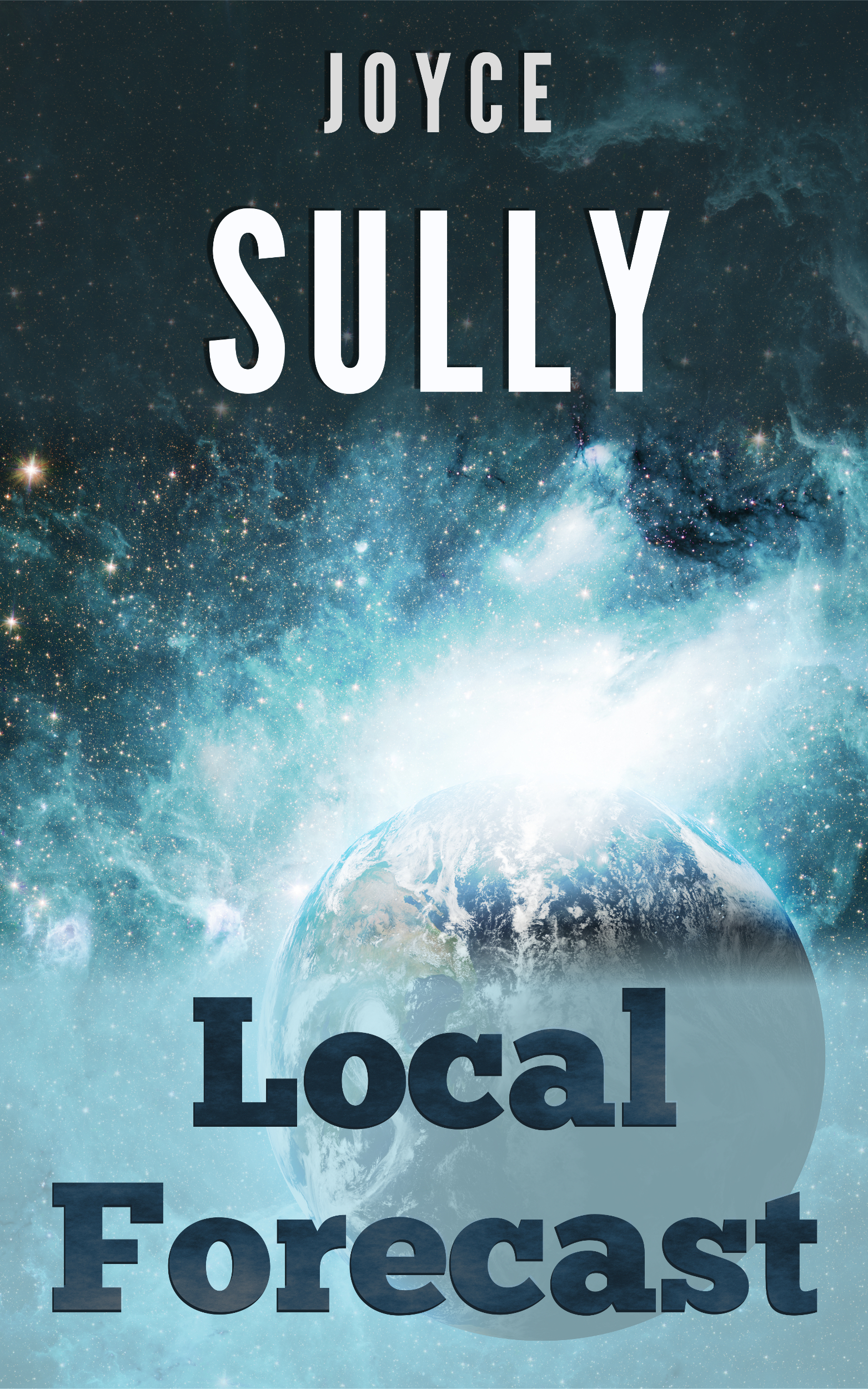 Local Forecast
When investigating a disturbance in unexplored, unclaimed space, a desensitized space miner discovers something very live and very large that might doom her...or save her from another unseen threat.

For Irina, the routines of corporate space exploration--lunching on a food paste tube, sending messages in bottles across the void to her employers, and vying with a video game for her partner's attention during transit--just ended. The moment her ship passes through the warp point, Irina finds herself flung into the kind of boredom-ending uncertainty that could get her, her partner, and her robot killed.

LOCAL FORECAST is a One Afternoon Adventure, running about 6000 words. 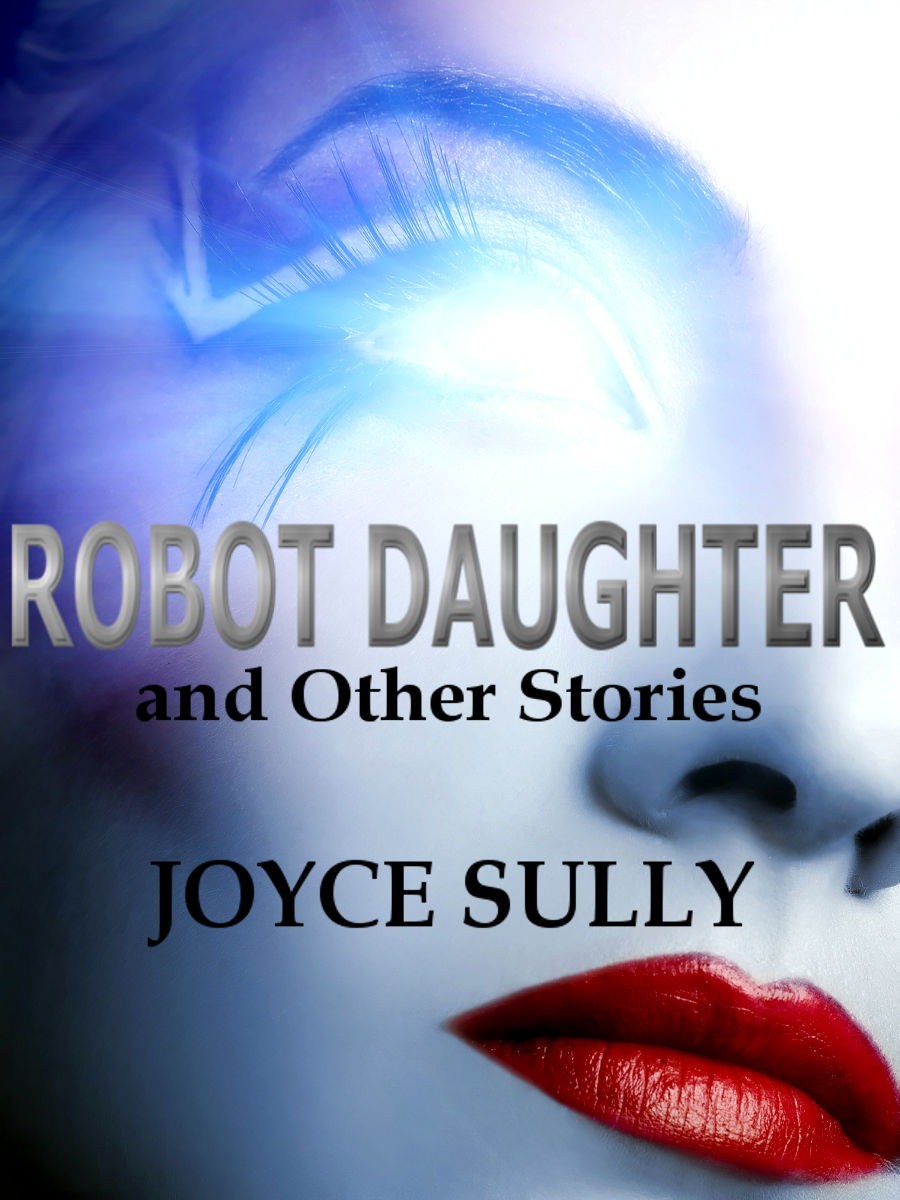 In ROBOT DAUGHTER, seven people find ways to make it to that tomorrow in a world where high-tech avatars offer an alternative to human bodies, but there is always a price to pay.

ROBOT DAUGHTER is a One Afternoon Adventure, running about 3500 words, and consists of flash fiction stories from a single world.

Trigger Warnings for Robot Daughter and Other Stories (What's This?)
Price: $0.99