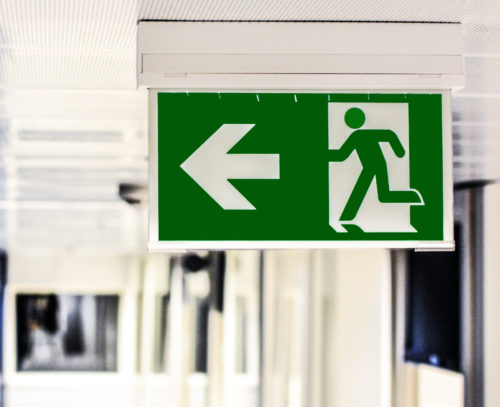 The first week of my first year at college, Friday was the only day with any classes. My parents had helped me move in on Wednesday. I had brought a bed-full of stuffed animals and an entire padlocked trunk of books, among other things from which I derived comfort. They bid me tearful goodbyes and wished me luck.

Friday afternoon, I packed a bag and walked to the bus stop; I was headed home for the weekend.

It took two buses to get to the Amtrak station, where a reserved ticket waited for me. I disembarked the first bus and, carefully referencing the route map I had printed out, confidently strode across the road to another stop. Despite never having traveled by bus before, I could do this. I was a mature and worldly college student now. In the molded plastic seat, I sat and buzzed with nervous energy.

The second bus eventually stopped at what was, I learned, the terminus of the line. We parked curbside at some diner, on a street called something cheery like Sunflower. This was not, by any stretch of the imagination, the Amtrak station. The driver, heartless, offered me neither explanation nor reassurance and ordered me off.

Cross the street, I learned, and you will be headed south. North is the only direction for me.

Close to tears, I called my parents, who in turn called me a cab. I counted the minutes on my phone, urging each mile to pass faster. Still, I arrived with plenty of time for my train. (While I was not, at age eighteen, well-equipped to cope with life’s little disasters, I at least knew to schedule for them.) I reached home none the worse for wear. I would take a cab to the station the following weekend. But after that, I learned how to navigate public transportation properly. I eventually switched to Metrolink, became one of the regular Friday commuters, and learned to both love and hate the California train system.

I spent three years going home every weekend. Like a hitchhiking ghost, all I wanted was to go north by any means necessary. Like a ghost, every Monday I would be forced to reset back south at college. In year three, I started driving myself. For the final six months, I commuted from home four days a week, three to six hours depending on traffic. 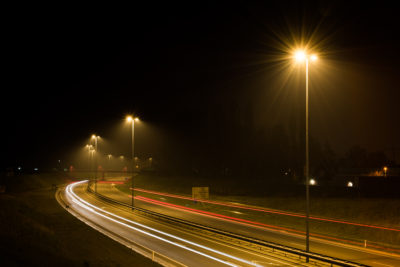 Sometimes, all I wanted was to miss my exit and keep driving north forever. Or at least until I found a place where life as I knew it ceased, until I crossed a pale red border drawn to mark where someplace better began. This was my alternative to driving off a cliff, with much the same motivation. I wanted my life to end, to change, to pass over into happiness or peace or just blessed silence at last.

I never, to the best of my or anyone else’s recollection, made any practical attempt to run away from home as a child. Escape nonetheless became an obsessive interest. I didn’t have any practical framework for running away, but I had books. They told me that if I strayed far enough from where I ought to be, I would get lost and then… Then things would be different, which would be enough. Like Alice, I would tumble down the rabbit hole.

So I wandered into the hills, deep amongst the oak trees and sagebrush. I followed animal trails barely visible to the eye. I found roads, strange and faint and never meant for humans. I thought I would find my way to Away. Away had to be better than Here.

I have a history with suicide. Even once the attempts stopped, the impulse continued to crop up periodically. And every time, it has arrived hand in hand with the desperate, irrational desire to pack a bag and run away. Eventually, I learned to recognize them both for what they were:

Because I have never believed that I had enough control to improve my circumstances, I instead believed that if I just run fast and far enough, I could start over. If I’m miserable where I am, the only possible solution is to escape.

Powerlessness. Helplessness. Hopelessness. And yet. Mixed up with a sense that something better is possible, if I become someone new in someplace strange. A gambler’s hope, perhaps. Throw a dart, toss a coin, pick a direction. Fill the tank and drive until it runs empty. Try again in the place you break down.

Right now, I have a bad job, a mystery health problem, and not enough money. Every day when I head to work, when I drive bleary-eyed back home after my shift, I feel a ghost’s hands on the wheel, trying to turn off and away from the known.

What should a person do, though, when they’re also a homebody tied to a patch of land and a family, for whom running away from home isn’t an option, or even particularly desirable? Ignoring the impulse isn’t good enough. I believe in the value of pain, of anger, to point the way. Letting them dictate your actions doesn’t work; that’s the path of tragedy. But they are guides that tell you when something isn’t right. They tell you where the damage is.

So how do I harness this sensation that makes me want to drive into the night and never come back? How do I metaphorically change the road I’m on?